Young adults and teenagers have been warned for a long time that tattoos are permanent, and therefore deserve careful consideration. Unfortunately, many of them don’t heed that advice.

Megan Carey, 19, was so in love with her boyfriend that she decided to get his initials tattooed above her bikini line, even though they had just gotten back together after a break. Two weeks later, he dumped her. 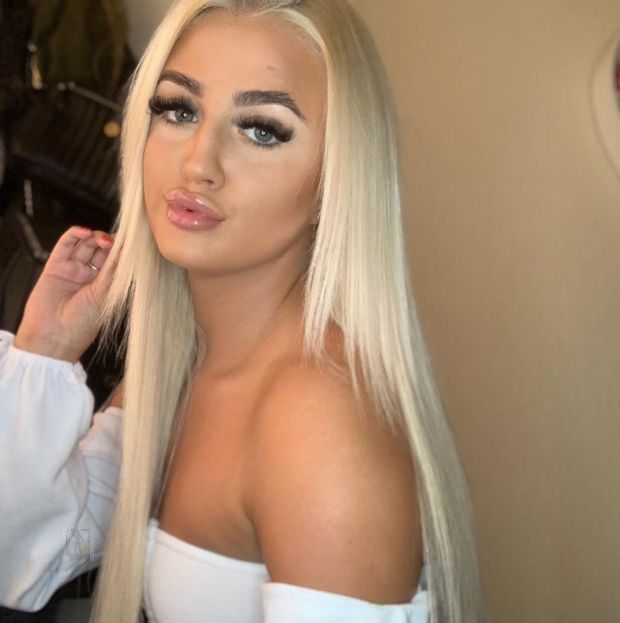 Believing that they would be together forever, Megan got a heart morphing into the letter “J” tattooed on her bikini line.

“The relationship was up and down from the beginning but after a break and getting back together I was pretty confident in the relationship,” she said. “He was a bit older than me, 21, so I thought it was a more serious relationship.”

“He was planning on having a sleeve tattoo done and I’d mentioned working my name into it and said I’d get one for him as well,” Megan added. “He was all up for it and said it would make him really happy so I got it done.”

Two weeks later, she woke up to a break-up text. Megan and her boyfriend had been arguing a lot, and it appears he had enough.

“We started arguing and a few weeks later he went on a night out and I woke up at five o’clock in the morning to a text message of him breaking up with me,” she said. “I thought he would be messaging to let me know he was home but it actually said ‘I’m sorry Megan but we’re done, the arguing is draining’. It came as a total shock. All I could do was laugh about the tattoo because otherwise I’d cry.”

She is now warning other young girls never to get tattoos for their partners. Of course, this has been a pretty obvious piece of advice for a long time, but this new generation doesn’t seem to be aware of it.

According to Megan, her group of friends tried to talk her out of it, and so did the tattoo artist, who initially laughed at her request.

“When I messaged the tattoo artist to book in he sent laughing faces back to me and when I went to get it done he was taking the mick saying ‘what are you doing’. He said he’d do it small enough to be covered easily – that should have been a red flag. He didn’t charge me for it in the end because it was so small,” she said.

“My ex’s reaction wasn’t what I expected – he was really calm and didn’t seem that bothered and then we never spoke about it again,” Megan added. “I thought maybe it was just the shock. My friends thought I was an absolute idiot for getting it and said not to, I should’ve listened.”

She is now stuck with an uncomfortable reminder of the relationship, which she plans on removing in the future.

“Just knowing that I’ve still got his initial tattooed on me is the worst part,” Megan said. “I regret getting it done 100 percent. I’m either going to get it covered up or lasered off, I haven’t decided yet. To anyone thinking of getting a partner’s initial tattooed I would say don’t even bother, it’s a waste of time and not worth it.”