The Dark Energy Spectroscopic Instrument or DESI, in only seven months of operation by a team of scientists, has successfully mapped a larger area of the Universe than every other three-dimensional survey of the Cosmos ever… combined. The crazy part is that this mission is only about 10% complete with another four years and five months to go, there is so much more just waiting to be discovered! 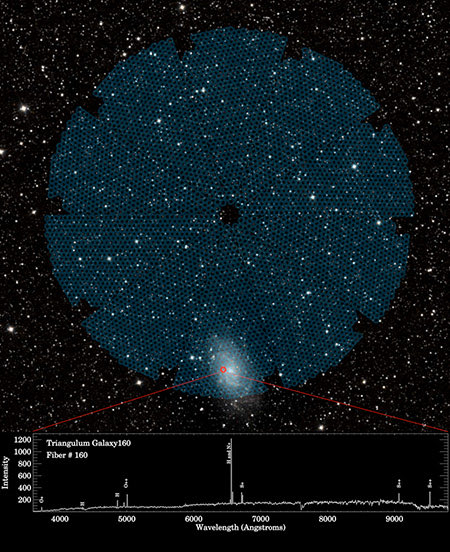 The DESI has mapped an amazing field of over 7.5 million galaxies and is set to scan approximately 40 million according to Wired.

“The instrument is funded by the US Department of Energy and installed at the Nicholas U. Mayall 4-meter Telescope at Kitt Peak National Observatory near Tucson, Arizona. It measures the precise distances of galaxies from Earth and their emitted light at a range of wavelengths, achieving quantity and quality at the same time. It will eventually cover some 14,000 square degrees, about one third of the sky. The science gained from parsing the data is yet to come, but it will especially aid astrophysicists as they investigate how the universe is expanding” 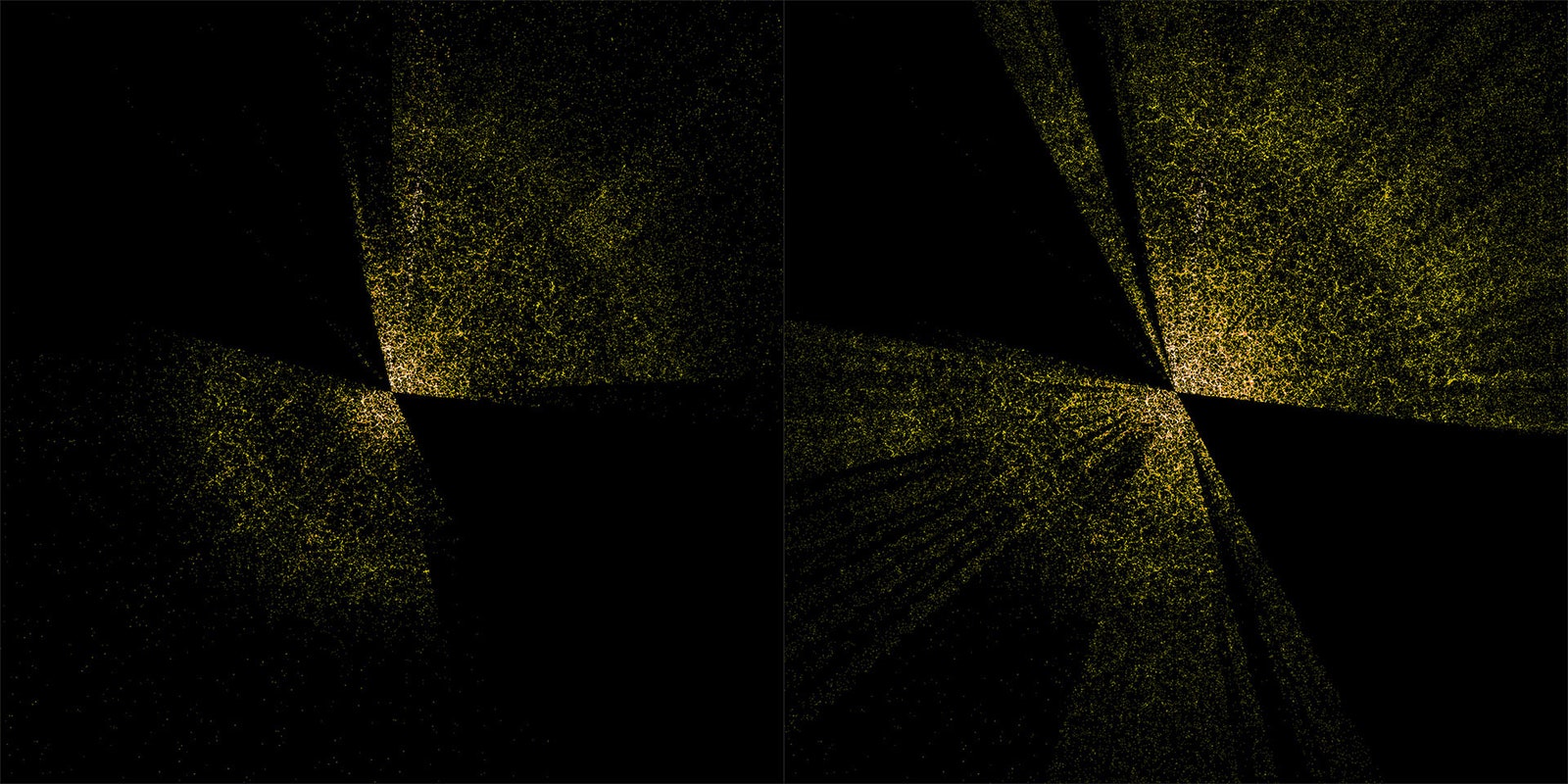 An Adventure Into The Universe, And Back In Time

“It’s really a fantastic adventure. We have been able to go on despite the pandemic. We had to shut down for a few months and then we adapted,” says Julien Guy, DESI project scientist at the Lawrence Berkeley National Laboratory. The mostly automated observations and data processing run constantly and every morning the scientists awake to data on about 100,000 galaxies each day.

👉In its first 7 months, it has smashed the previous records for 3D galaxy surveys👏

✅Several Spanish institutions are part of DESI, including the @ICC_UB

According to the BBC, “DESI is producing data relating to 11 billion years ago which can shed light on the early universe. Victoria Fawcett, a PhD researcher at Durham University’s Centre for Extragalactic Astronomy, said DESI was obtaining much fainter and redder objects than previously discovered.

“We’re finding quite a lot of exotic systems including large samples of rare objects that we just haven’t been able to study in detail before,” she said”

Prof Carlos Frenk from its Institute for Computational Cosmology said DESI’s data would “help uncover some of the most intimate secrets of the cosmos”.

“This will help us to search for clues about the nature of dark energy.

“We will also learn more about the dark matter and the role it plays in how galaxies like the Milky Way form and how the universe is evolving.”

It’s truly an incredible time for astronomy. The biggest map of the universe was just released, and will keep getting released, every day for the next four and a half years!