You may have heard of people going over waterfalls in barrels or even floating down rivers on them. But what about screaming down the side of a mountain on barrel wood? By the combined prowess of two amazing Colorado brands: Stranahan Distillery and Wagner Custom Skis now you cut a path through the Rocky Mountain snow riding on whiskey barrel skis. Wagner is now offering a one-of-a-kind collaboration that combines the American White Oak Charred whiskey barrels used to mature Stranahan’s legendary single-malt whiskey including inlay from an actually used cask complete with the Stranahan emblem stamped right onto some of the highest quality skis you can buy.

According to The Manual,

“There have been brewery and ski partnerships before, but this might be the first collaboration using the actual containers that whiskey was made in, according to owner and CEO Pete Wagner.

“It was a pretty unique process,” Wagner said. “Working with barrel wood was a pretty tough challenge. To attain structural integrity, we had to get into the heart of the boards.”

Wagner went on to explain that the aging process makes the whiskey drums far more fragile on the outside than on the inside, and there’s a biological explanation for this. “This is due to white oak wood containing tiny structures in their xylem (vascular tissue that transports water and dissolved minerals absorbed from the roots to the rest of the plant) called tyloses. Absent from red oaks, tyloses cut off xylem regions to stop infection from spreading. Hence, white oak is used for making wine and bourbon barrels because it keeps from leaking its contents.”

That being said, it takes a bit of work to get to the best possible wood for making skis, Wagner’s team has to work the wood down deep into the slats where the wood with the most give is. The top sheets are made from Stranahan white oak but they’re finished with a polyurethane clear coat yielding a modern, custom fully waxable ski. 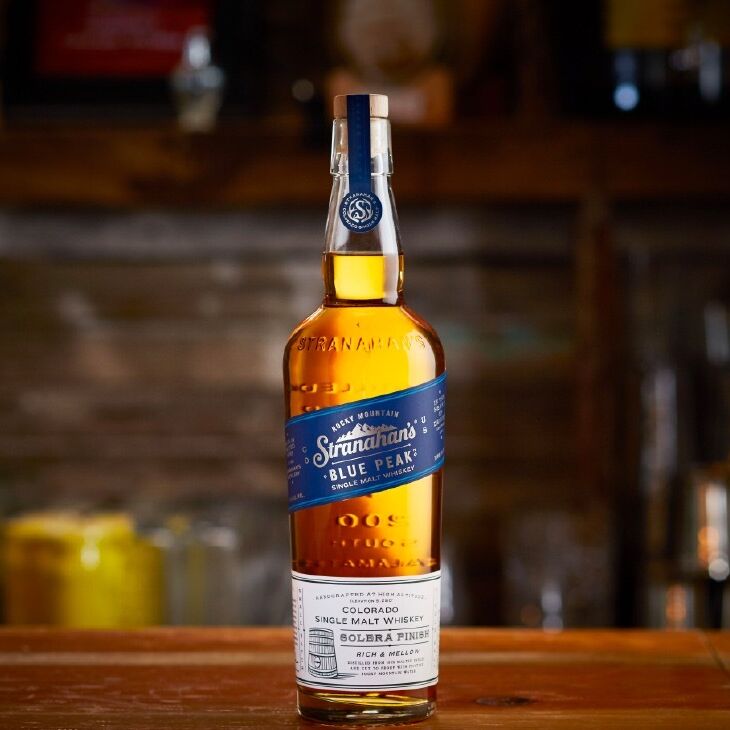 We recommend pairing a pair with a nice tumbler of Stranahan’s Blue Peak. It’s a single malt double-distilled and aged four years and finished with Solera giving it ” flavors of creamy butterscotch, brown sugar plus baked apples with notes of cayenne and toasted oak.”

Starting at $2,295 Wagner Custom skis are some of the best on the market. You can design your own custom set at wagnerskis.com. Poles in one hand, a bottle in the other, fresh powder below, and the wide-open skies above… seems worth it to us.