An Extra-Galactic planet in one of the most extreme environments imaginable has been theorized based upon extremely unusual X-Ray observations of the Whirlpool Galaxy over 28 million light-years away. In that highly distant galaxy, an enormous supergiant star is theorized to be locked into orbit with a partner, probably a black hole or a neutron star of high density, an object with such an intense gravitational pull that it is ripping away hot plasma from the star and generating a massive X-Ray Signature. 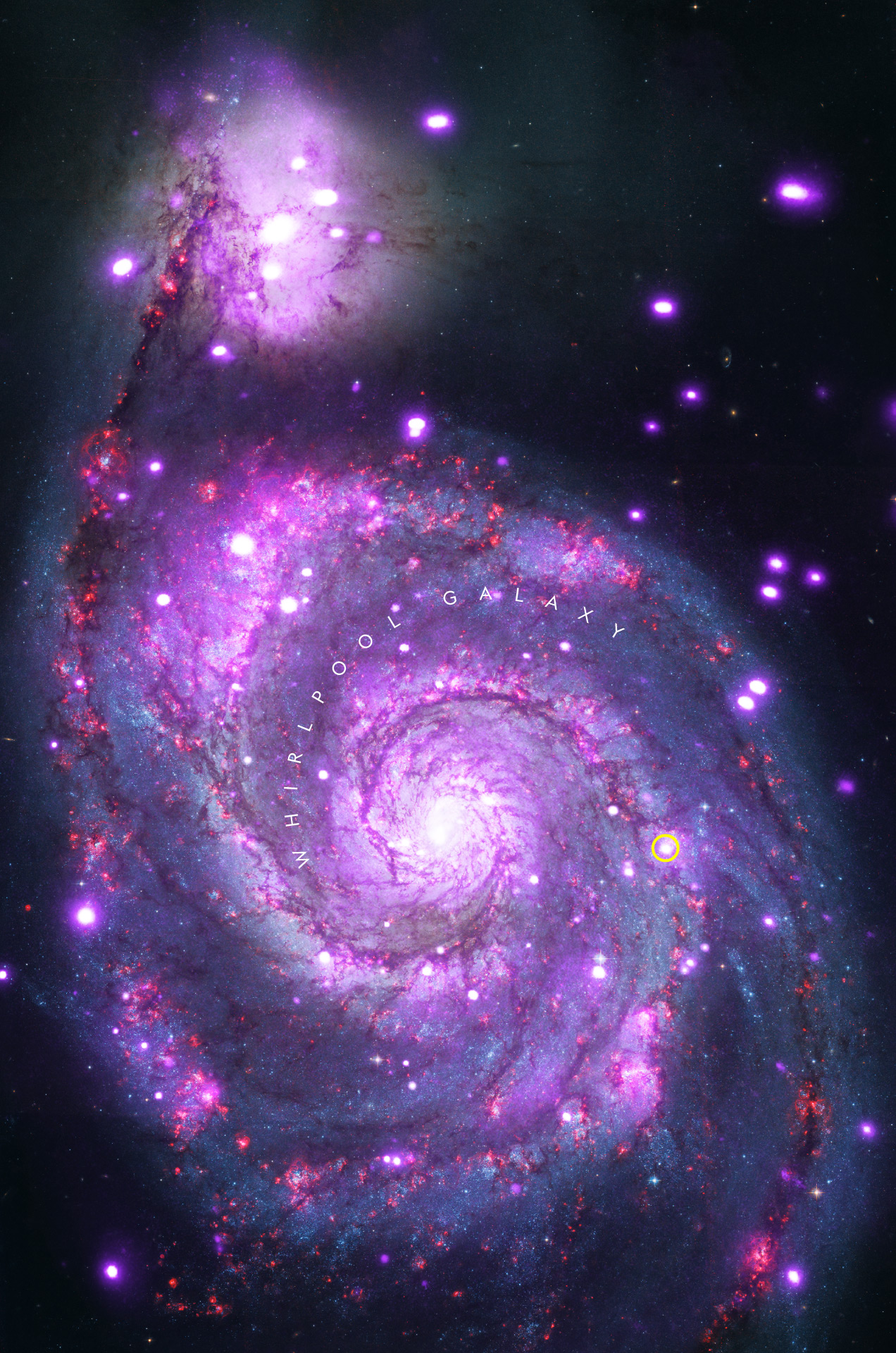 According to Nature.com this was X-ray binary M51-ULS-1 in the galaxy M51. But then something very interesting happened, the X-ray signature disappeared… and then it reappeared. Something… and a very large something was blocking the observation of these X-Ray emissions from being visible on Earth. From these reports, astronomers believe they have found an extra-galactic planet.

“In a study published today in the journal Nature Astronomy, researchers led by astrophysicist Rosanne Di Stefano argue that M51-ULS-1, the x-ray binary system within the Whirlpool Galaxy, may host a Saturn-size planet that orbits as far from the binary as Uranus does from our sun.

If this planet really exists, M51-ULS-1 would mark the first pinpointed star system in another galaxy that has an “extroplanet,” or a planet found outside of our home galaxy, the Milky Way.”

Di Stefano, a researcher with the Harvard-Smithsonian Center for Astrophysics said, “The fact that this candidate—and we should refer to it as a candidate—is in another galaxy blows me away, I just feel thrilled about that element of it, in the sense of being almost humbled by it.”

A Whole New Way To Locate A Planet

Typically, astronomers locate planets through whats’ called ‘gravitational lensing’ which temporarily changes the magnification of a star when viewed from Earth giving a visible cue that scientists can measure. Through this method, they’ve discovered some 118 planets in our galaxy and in 2004 even picked up a possible instance of lensing in the nearby Andromeda Galaxy.

National Geographic describes that in 2018 Di Stefano and a Harvard post-doctoral fellow Nia Imara proposed the approach that led to this possible discovery: seeking planets outside our galaxy, specifically in X-Ray binary systems like M51-ULS-1. If Di Stefano is correct then this planet, theorized to be about as far from its star as Uranus is to our Sun and likely a gas giant would exist in an amazingly tumultuous area of space, saturated with X-Rays and horrendously strong gravitational forces, making it one of the most extreme planets mankind has ever observed.