Legendary Rock star and film-maker Rob Zombie is spearheading a remake of the cult-classic “The Munsters” and while most would shudder to think what the master of the blood and gore horror genre would do when presented with such a classic property. Images from the set of 1313 Mockingbird Lane seem to show the incredibly creative director showing an uncharacteristic restraint in his vision of the Munster family. Not quite what one would expect from the man who brought us “House of 1000 Corpses”, “The Devil’s Rejects” and “3 from Hell”, but hey we’ll take it.

“Skeptics fear no more, as Rob Zombie took to Instagram today to give the first look at Herman, Lily, and Grandpa Munster in front of 1313 Mockingbird Lane … aka, on-set in Hungary. The photo confirms that frequent Zombie collaborators Jeff Daniel Phillips, Sheri Moon Zombie, and Daniel Roebuck are playing Herman, Lily, and Grandpa, respectively.”

Zombie himself even took to Instagram to introduce “Zoya Krupp the gypsy queen” who joins the cast, with Catherine Schell assuming the role.

“I am thrilled to bring you the first photo from the set of CATHERINE SCHELL as Zoya Krupp. I am sure you all remember Catherine as Maya from Space: 1999 or perhaps from Roy Ward Baker’s Moon Zero Two… or On Her Majesty’s Secret Service, the Dr. Who episode City of Death or her films with Peter Sellers The Return of the Pink Panther and The Prisoner of Zenda.  Catherine retired from acting in the 90’s , but now she is back and we are so happy to have her join us on THE MUNSTERS!” 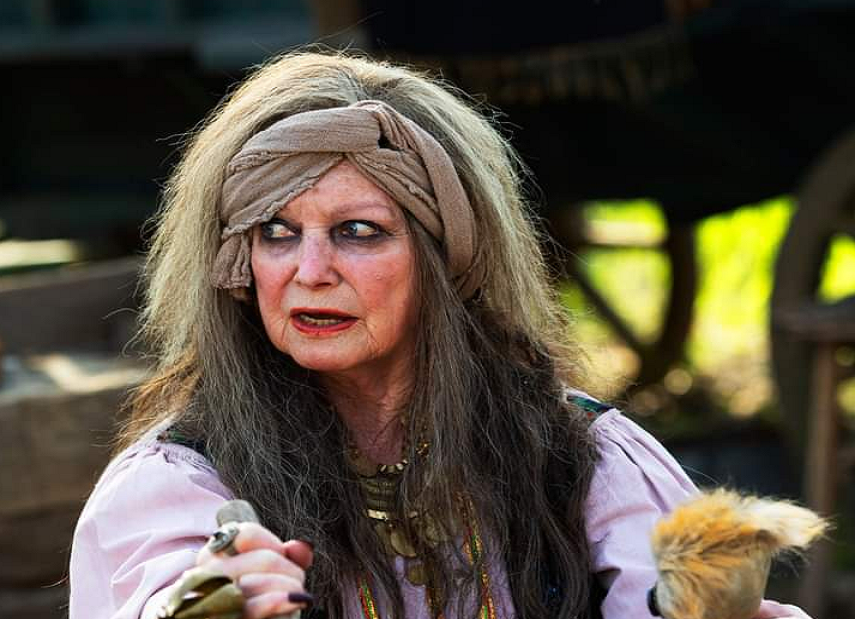 All that we’ve seen so far, including all the marketing material being in Black & White would seem to demonstrate a deep respect and love for the material from Zombie, and would seem to suggest that in homage to the original, the remake might be filmed in the same grayscale format. This makes sense, after all, Rob Zombie’s top hit “Drag-U-La” was inspired by the drag racing roadster of the same name driven by Grandpa Munster in “The Munsters: Hot Rod Herman.” The film being shot very appropriately in Hungary is likely the culmination of a life-long love affair with the world of The Munsters.

Since Halloween is rapidly approaching it is the perfect time to MEET THE MUNSTERS! 🎃 Direct from the set in good old Hungary 🇭🇺 Rob Zombie presents Herman, Lily and The Count sitting in front of the newly completed 1313 Mockingbird Lane . ☠️🎃@UniAllAccess @TheMunsters pic.twitter.com/fhGw7RceWV