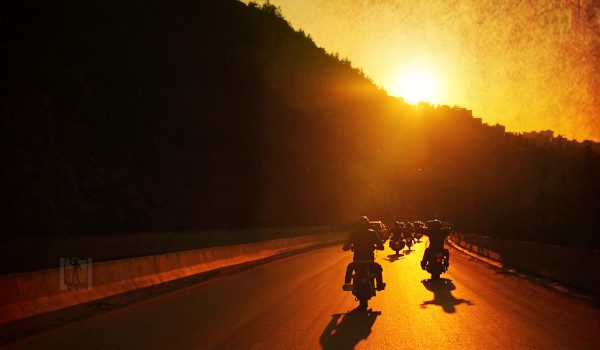 As American Whiskey distillers experience a boom with shares increasing and bottles globally flying off the shelves and shares of Harley Davidson begin to soar it seems clear that the world is ready to cast off the life of restrictions and breathe free.

Imagine it, the wind blowing freely all around you as cruise the freeway on the back of your Electraglide, you’re bound for a campsite in the foothills where a crackling fire will greet you with a tumbler of bourbon.

The air is light with the smoky scent of the fire and the bouquet of the Whiskey in your glass. This is why Whiskey distillers and Harley Davidson are recovering because this feeling is hard to achieve otherwise.

The last two years under the shadow of COVID restrictions have been devastating for almost every sector of the American economy, and naturally, both Harley and the US Whiskey industry were adversely affected.

Even while demand for a quiet, solitary ride and a dram of whiskey were heavily in demand from a society under dire stress. However, many don’t realize that both industries were already smarting under the weight of the trade war with China as well as a lengthy tariff battle with Europe.

According to Outsider, the end of the disputes was pivotal.

“Today’s news is a big win for Harley-Davidson and our customers, employees and dealers in Europe,” says Harley-Davidson Chief Executive Jochen Zeitz in the company’s Monday statement.

Echoing this is Distilled Spirits Council Chief Executive, Chris Swonger, adding: “With the removal of these EU tariffs, we are energized and ready to ramp up our American Whiskey promotions in the EU to re-introduce America’s native spirits to EU consumers and resume a great American export success story.”

The road is open and the wide-open American countryside is calling once again. Can you hear it?