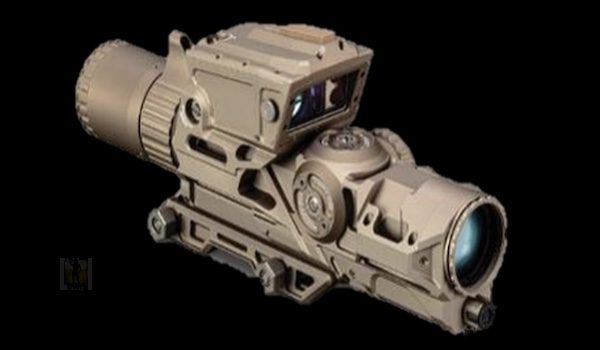 The NGSW optic to end all optics.

The United States Army has just selected the optic to be used on the Next Generation Squad Weapon (NGSW).  Even though the NGSW has not yet been selected, the optic is already locked in.  This thing is a high tech masterpiece that will be more capable than any sight fielded by the US armed forces.  It will be a replacement for the close combat optic, rifle (DMR) optic, and the machine gun optic.  The company awarded the $2.7 billion contract to produce an initial 250,000 units is a Vortex Optics and its parent company Sheltered Wings, Inc.

So what is it?

It is everything you would want in an optic and more.  Basically it is a variable magnification optic with a ballistics computer attached.  It has a backup etched reticle, in case electronics are lost.  You know, batteries dying or an EMP/Solar Event that wipes out all electrical devices.  But if all the bells and whistles function properly, this beast is almost perfect, as optics go.

Additionally, it has visible and IR lasers for targeting, laser rangefinding, and ballistics calculations.  It boasts an atmospheric sensor suite, a compass, and intra-soldier wireless comms.  It also has a camera and can be used with in-line thermal optics.  If you change calibers or platforms with the optic, all you have to do is download the appropriate updates from command, and you’re good to go.  To round it out has a digital display overlay and is rigged to wirelessly connect to an augmented reality visor that the Army currently has in development. Article on that gadget, the Integrated Visual Augmentation System or IVAS, coming soon.

Thankfully, the army is not going to be removing iron sights from their rifles.  The basics and fundamentals of marksmanship will still be taught.  It’s like being an astronaut.  You have lots of cool gadgets and calculation devices, but you still need to know how to do the math manually.  Remember the movie Apollo 13?  Same scenario here.  We are merely adding a bad ass bell with a sweet tits whistle atop our firearms so in combat, we have fire superiority.

The only feature you’d want to have that it doesn’t is computer aided windage adjustments.  That’s because the tech to measure that is not yet small enough to fit on a rifle.  Other than that, this thing can literally do it all.  It takes firing a rifle down to a simple “point and shoot” type of scenario.  The optic will literally walk you onto the objective and give you the exact aim point to deliver the round on target, with the first shot.  This is a feature our ground and aerial fighting vehicles have enjoyed for years.  Now, that computing power is man portable, as an optic.

The only other downside of this optic is, you can’t own it.  No sir and no ma’am.  This one is military only and as of yet, there is no plans for civilian sale.  It would make a nice package set however.  The Vortex/Sheltered Wings optic on top of the Sig Sauer MCX-SPEAR.  Even though that has yet to be selected as the new NGSW, and the price tag would be well over $10,000, it’d be hard to not want it.  Especially for the well funded independent contractor.  But that is merely a pipe dream. For now, this optic is for the 21st century warfighter, exclusively.

Jason Gouffray is the founder and chief instructor of Defensive Bravo LLC in Fort Worth, Texas. He received his initial formal firearms training from SOCOM Marine combat veterans and continues to train everyday. He utilizes the techniques, tactics, and skills of firearms professionals to enable common citizens to most effectively defend themselves. You too can Defend Like a Pro, with Defensive Bravo. Booking: https://shootingclasses.com/defensivebravo

More From: Everything Else